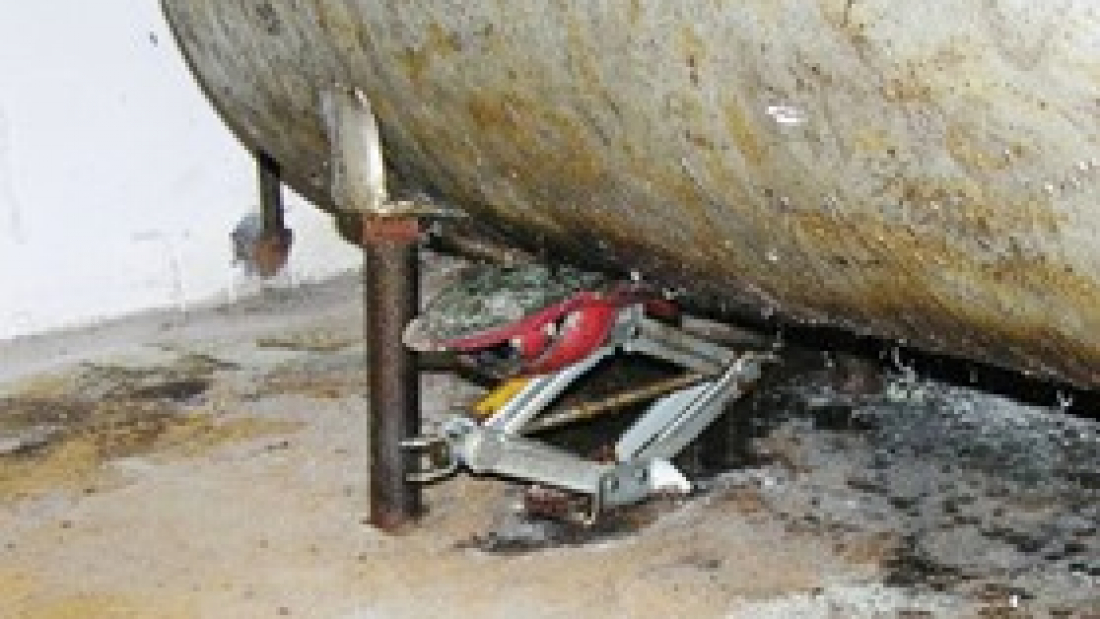 When we see an oil tank that needs any kind of repair, our advice is don’t repair it, just replace it! Sometimes we see fiberglass repairs on the bottom of the tank. Again, our recommendation is to just replace the tank. The downside of a badly leaking oil tank can be a nightmare! We’re talking lots of money to clean it up, not to mention the major inconvenience, odors, etc.! There’s even a possibility the EPA could get involved if oil somehow gets into the soil.

The expected useful life of an oil tank is about 20 years. It may last a lot longer than that, but the recommendation by most experts is to replace it on a preventive maintenance basis after 20 to 25 years. Often, there is no sign of deterioration on the outside of the tank but the inside of the tank is where it deteriorates first. Most residential oil tanks are 275 gallons. When the tank is filled it’s pumped under pressure and the tank fills up within a minute or two. That’s a lot of weight all at once. Sometimes the tanks fail during the fill-up.